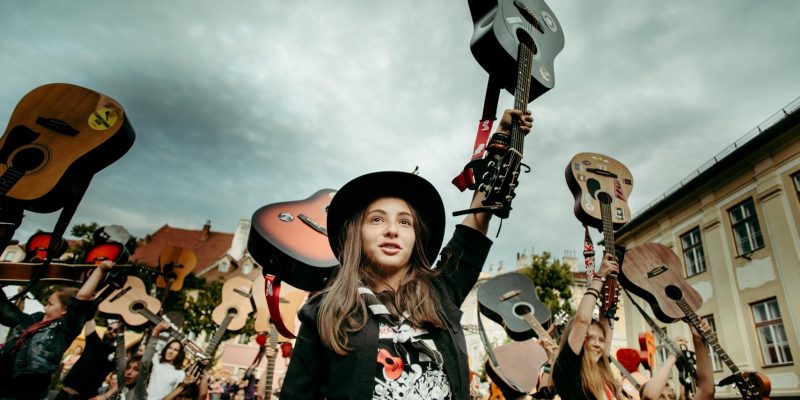 The project aims to engage kids and youngsters in musical activities outside their school. The most exciting time of year for them is when Sibiu Guitar Meeting takes place – the largest guitar enthusiasts meeting in Romania.

“Grab your Guitar“ is a community app that offers guitarists information on dedicated events and provides them with dozens of free video resources to learn guitar.

Play Cultural Association wanted to have all the info about the project organised in one place. This would make it more accessible to all the guitarists in the community.

This year’s “Grab your guitar” edition was organised in special conditions because of the Covid-19 pandemic. The only communication channel the organisers had was their facebook page and this meant that their important messages often got diluted in their followers’ feeds. They started looking for a mobile app solution that would solve this communication problem within the guitarists’ community in Romania.

“The biggest advantage of collaborating with Eventya was speed. We needed a complete communication solution for the members of the guitarist community for the “Pune mâna pe chitară” Program, that could be available as soon as possible.”

Play Cultural Association discovered Eventya Mobile App Builder and was happy to receive a website in the package too. And what motivated them the most was the short implementation time for both the website and the iOS and Android mobile apps.

With the help of the Eventya support team they managed to add their content to the platform faster than they imagined. They implemented the Festival Subscription form through the mobile app, thus simplifying and digitalising the entire subscription process for their attendees.

“In less than 2 days the mobile app and the website site were ready for adding content. In about 2 weeks the platform was launched and works perfectly. Such a service is the best example that any idea can be put into practice before it fades.”

The mobile apps & website showcased the festival schedule, artists and the playlist for the 2020 edition. The platform covered from Festival subscriptions to video tutorials for the guitarists. A versatile communication & learning tool for all community members.

After the Festival was over, they still used the platform to upload new guitar video tutorials and interesting articles and videos from known guitar players from Romania. Also, the app announces new guitar events in Romania. All these news are promoted through push notifications to all the community members.

Play Cultural Association measured the impact of the new guitarists community mobile app before, during and after the festival.

In order to encourage their followers to install the app, the organisers published the guitar songs playlist for the festival exclusively on their mobile app & website. If they wanted to attend the meeting, guitar lovers had to install the app on their phone in order to practice for the big event. The platform also provided video tutorials for each song from the playlist.

Also, the registration of the guitarists for the festivals was done only through a registration form from the homepage of the mobile app. This translated in more than 320 app installs before the event.

On their facebook page, the Association frequently posted about their new mobile app, and these posts had a reach of over 40.000.

A very useful feature for the guitarists during the festival was the events calendar in the app: the daily schedule of the festival’s events, hour by hour, was listed here. Special events within the festival were promoted through contextual Push Notifications for those who didn’t save their favourite events to the local calendar.

The entire festival was broadcasted live on Facebook and attracted more than 52.000 views. The streaming was communicated and promoted heavily in the mobile apps & website through articles and Push Notifications.

During the events, the VJs present on stage encouraged the audience to install the official mobile app of the festival. Also, there were big ads about the app on the video screen behind the stage.

Each participant at the festival that passed through the Check-in area, was kindly asked to install the app if he/she didn’t have it already.

Due to the special context of the Covid-19 pandemic, this years’ attendance was much lower than usual, with approximately 300 guitar players and an audience of around 200 people.

After the festival ended, the organisers kept using the platform for other things that were important for the guitarists community in Romania. For example, the Association used the platform to announce new guitar events around the country and also to showcase the festival’s partners.

This lead to another 120 new downloads after the festival ended.

Are you also part of a Community?

Find out how easy and affordable it is to create your own iOS and Android native apps!

How did having a mobile app generate a 20% Youtube views increase for the Play Association?

All throughout the year, the people in the “Grab your guitar” community use the app to rehearse or to learn new songs. The easy to use, convenient form of a dedicated app makes the video content (mainly guitar tutorials) easier to manage and to follow.

Although for the user this makes no difference, the video content in the app is integrated directly from YouTube, and any views that take place in the app count as views on the content creators’ YouTube channel analytics. As a positive side-effect, the platform manager doesn’t need to upload content twice (they can just upload it on YouTube), nor store large amounts of data that could impact the speed of the app and website.

Having their YouTube videos displayed and viewed in their mobile app counted as “free” views on their YouTube channel as well. And they can use the apps’ Push Notifications anytime, to call users watch their videos in the app, regardless whether they hit the notification bell on YouTube or not.

Find out how you can build your own Community App 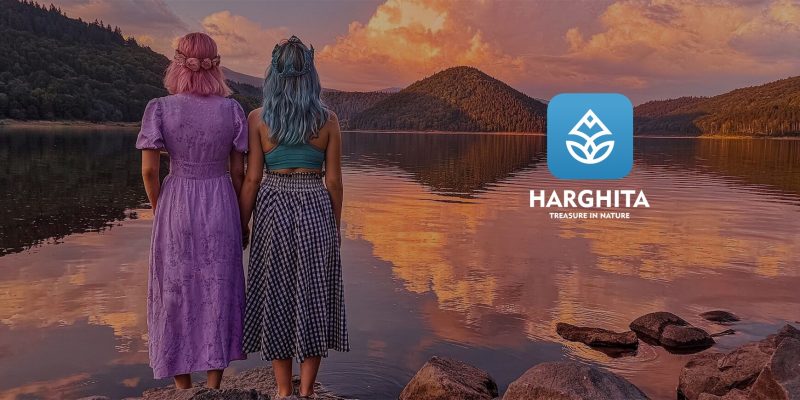 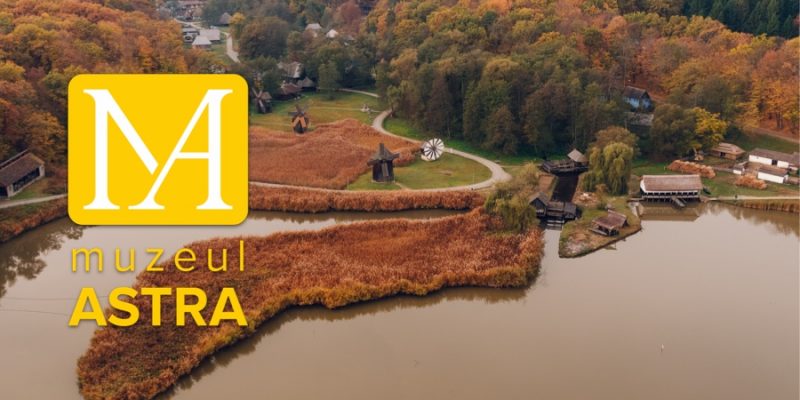