Out of the box festival apps. Get inspiration to enrich your event experience

Before anything else, a festival is a real-life experience. No matter the type of the event, the festival-goers enjoy what it offers and become the actors of the entire show-staged by the organizers.

But the relationship between the public and the festival starts months before and it’s strategically built in different media communication ways.

Among other things, marketers agree that a mobile application has a great potential to facilitate a closer relationship with the public. How can you do that? By giving them regular updates, creating a sense of community and engaging them in loyalty programs.

Why a branded mobile Festival App – as an additional channel to the website?

Because, according to ComScore, mobile users are spending 87% of their time using apps, versus just 13% using websites. So, if you represent a festival, it’s easier to target the right public by having an attractive mobile application. Moreover, if you want to attract younger public, an app seems a perfect choice, since the 18-24 year-old users spend up to 3.2 hours a day on their phone. Also, the millenials are 3 times more likely to be excited about new mobile apps and features than older users, according to the same study.

How to engage your public? Basic features and something extra

Of course, it’s crucial to deliver to the user some basic features, a stunning design and well-done UX/UI. The content must be comprehensive, contextual and nice to scroll down. But that’s not enough.

What about some fresh ideas from some major festivals?

The 2019 Coachella mobile app announces some features we’ll need to make the most of our festival experience, including: Wristband activation, Real time Lost & Found, AR experiences and Coachella Coin – an interactive game to earn exclusive rewards and surprises. Also, some years ago they developed an extra Virtual Reality app to experience the festival through special filters and letting the users find the VR “Easter eggs”. Cool, right?

👣 The Energy Counter of Untolders

The Untold Festival app has counted the steps and the average distance traveled daily by its active users in the festival area, as part of a partnership with Engie. At the end of the four days of the festival, they turned the 45,000 kilometers traveled by the 3,400 festivaliers into a donation of 300,000 euros to finance the construction of the Pediatric Oncology Clinic at the Marie Curie Children’s Hospital in Bucharest.

This was an innovative campaign of corporate social responsibility. For the festival’s audience it became a way of getting involved in a project that has great significance for the community.

Audio content is still a great way to keep your users longer on the application. Bringing this into view, a Niesen Research reveals that 51% of the US population have listened to a podcast and 22% are listening to podcasts weekly (up from 17% in 2018).

For example, Tomorrowland Festival has launched a 24/24 radio streaming that plays EDM music to give the public the vibe of the event, every single day.

Another good practice is to produce some audio content and share it on the app, as an alternative kind of content for the users that enjoys to listen instead of reading. Here’s some good inspiration: mixes podcasts (Electric Castle), playlists (Puls Open Air), shows (Austin Film Festival), or short informative audio guides about the artists, movies, or theatre performances.

Build your own festival mobile app 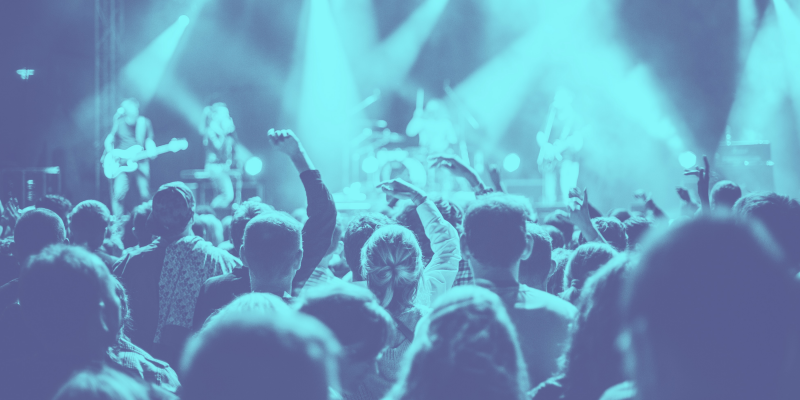 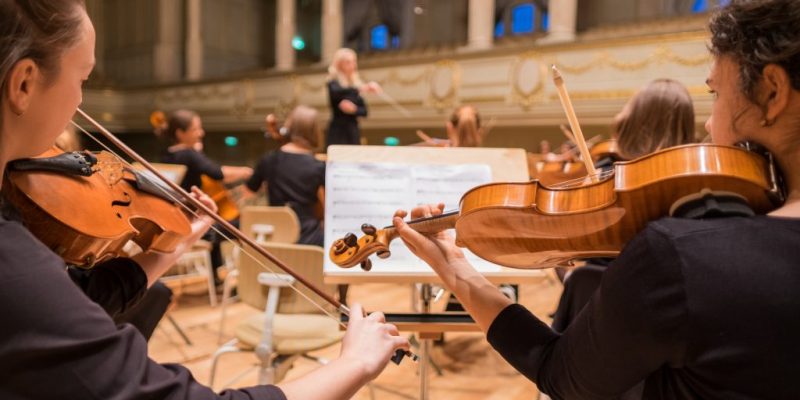 As a philharmonic promoter, even though it is impossible for you to go...